When other games incorporate insects

Here is "The Vampire Wars" and their pet Giant Weta.

I am pooping a little from laughing so hard.

I mean. Props to the artist...

Wait, why do all these vampires have red hair? 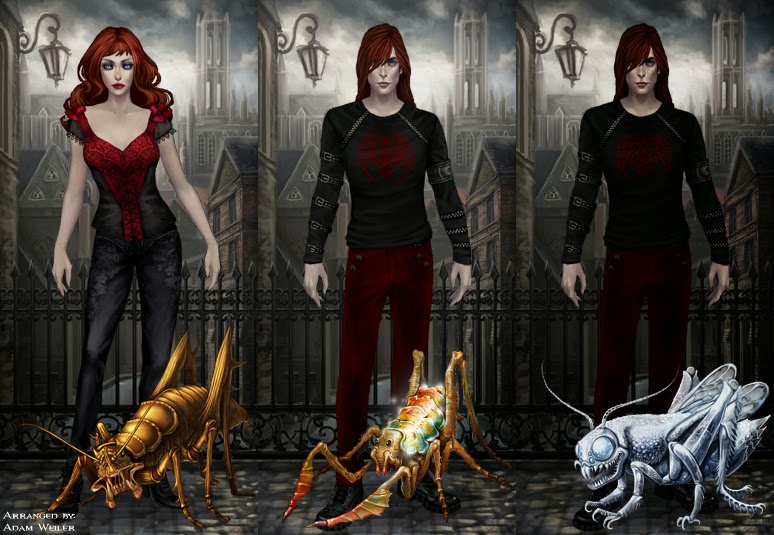 Trying to work in large insects into the game.

Will do something soon, maybe with Acts of God or Dogs of War.

Here is a wasp and some hornets 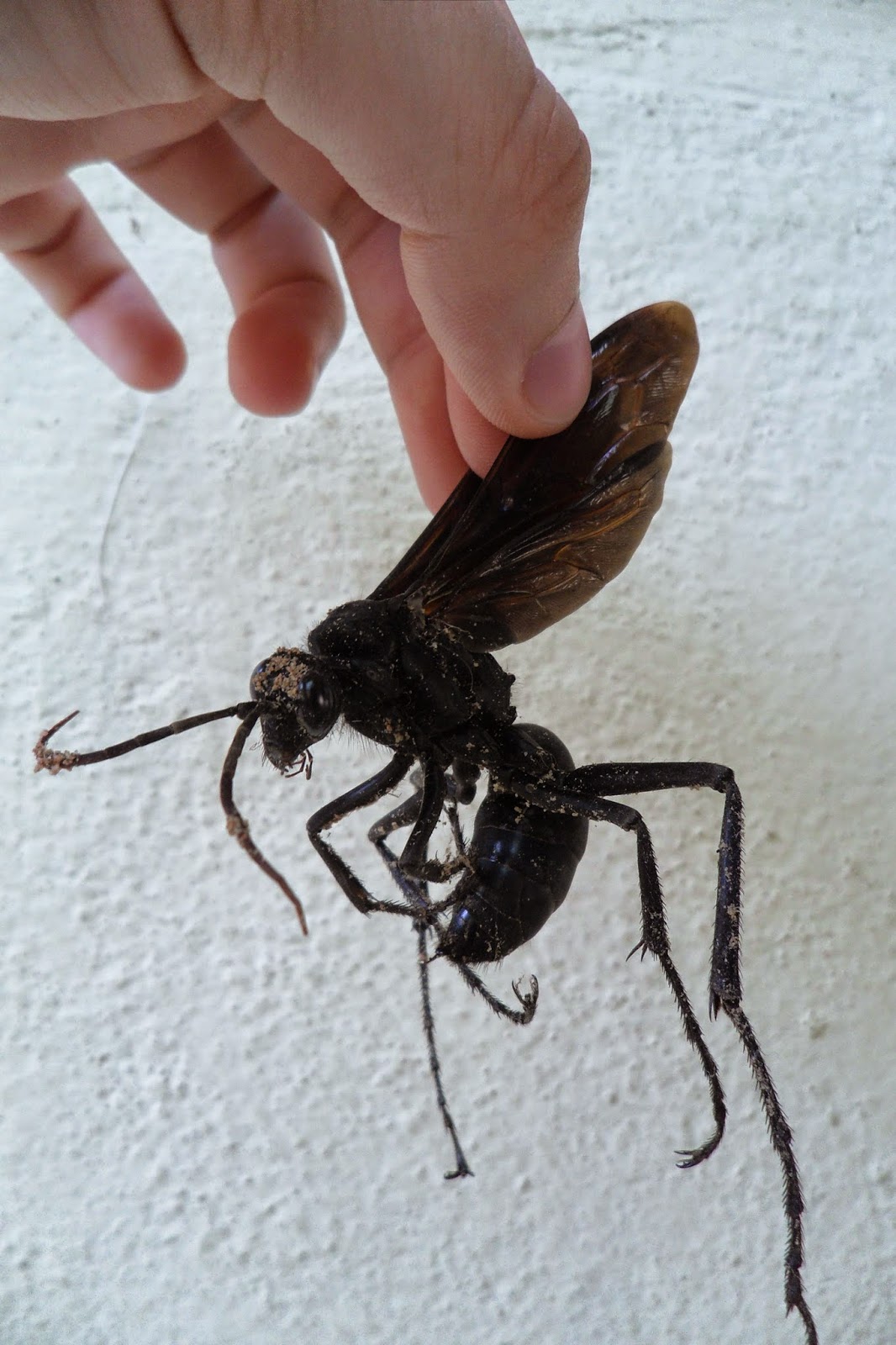 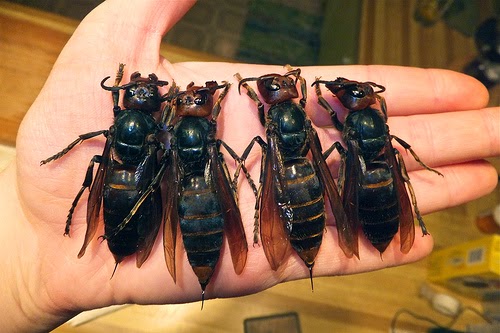 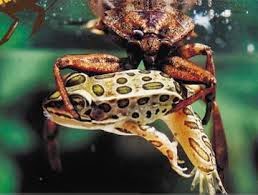 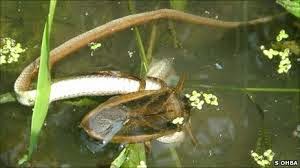 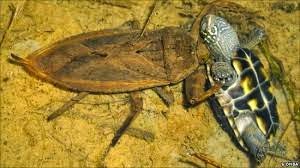 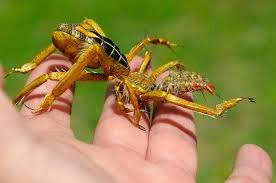 Or how about termites? 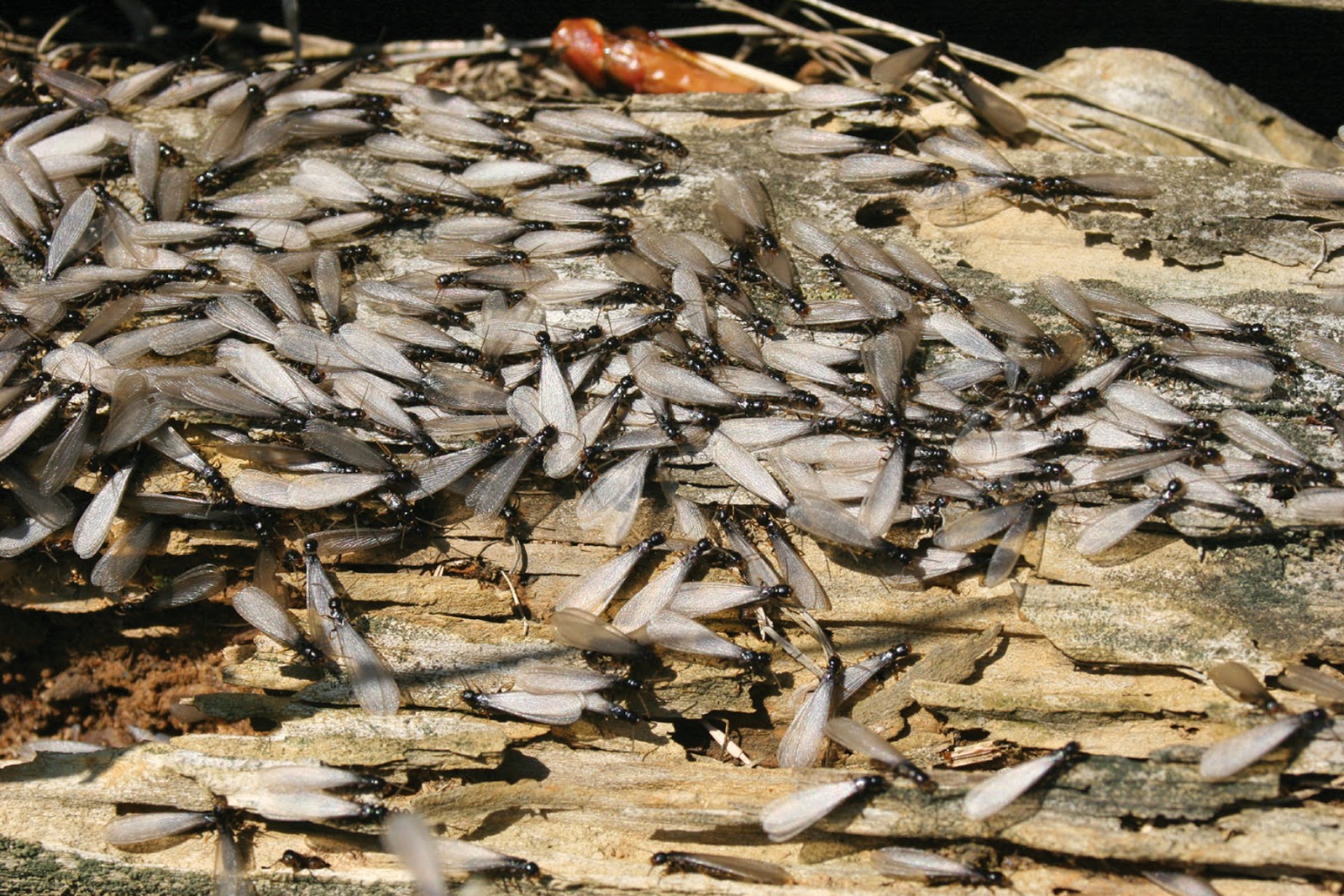 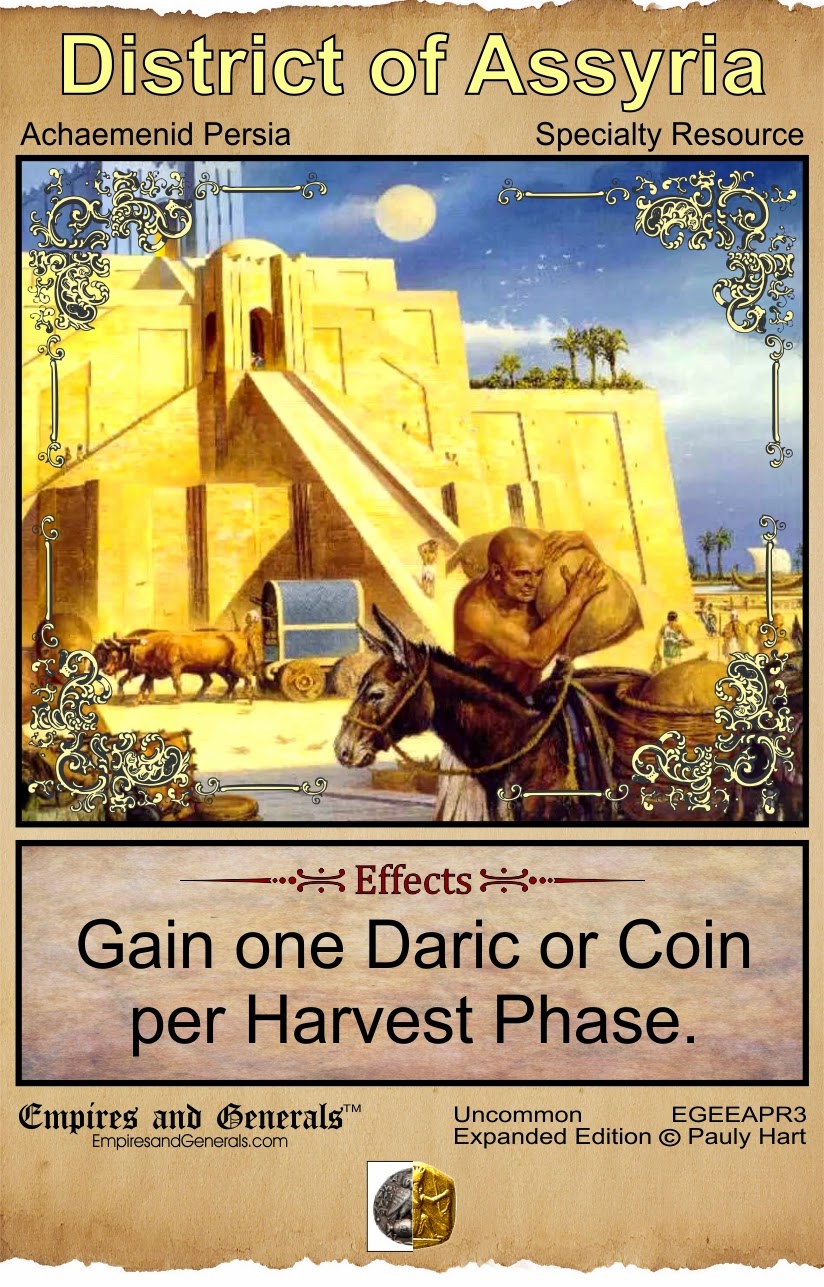 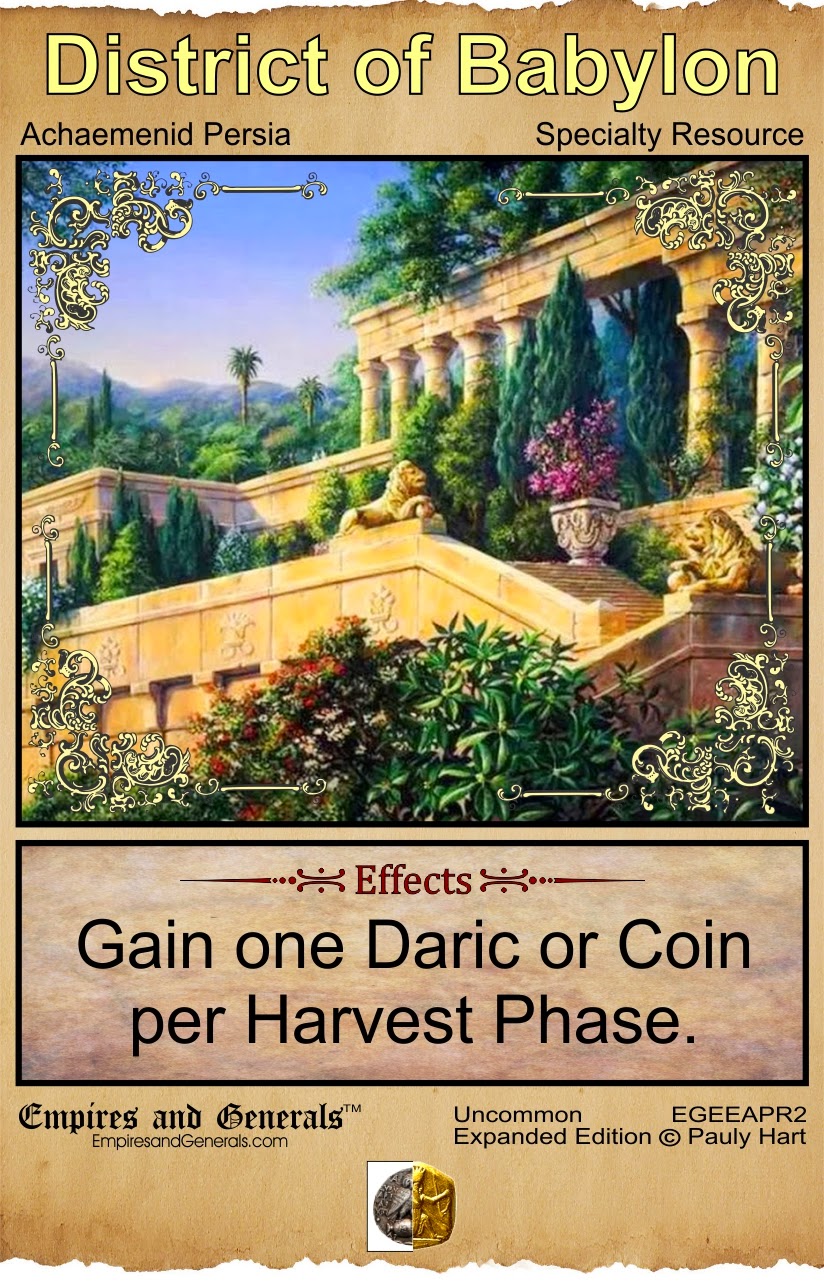 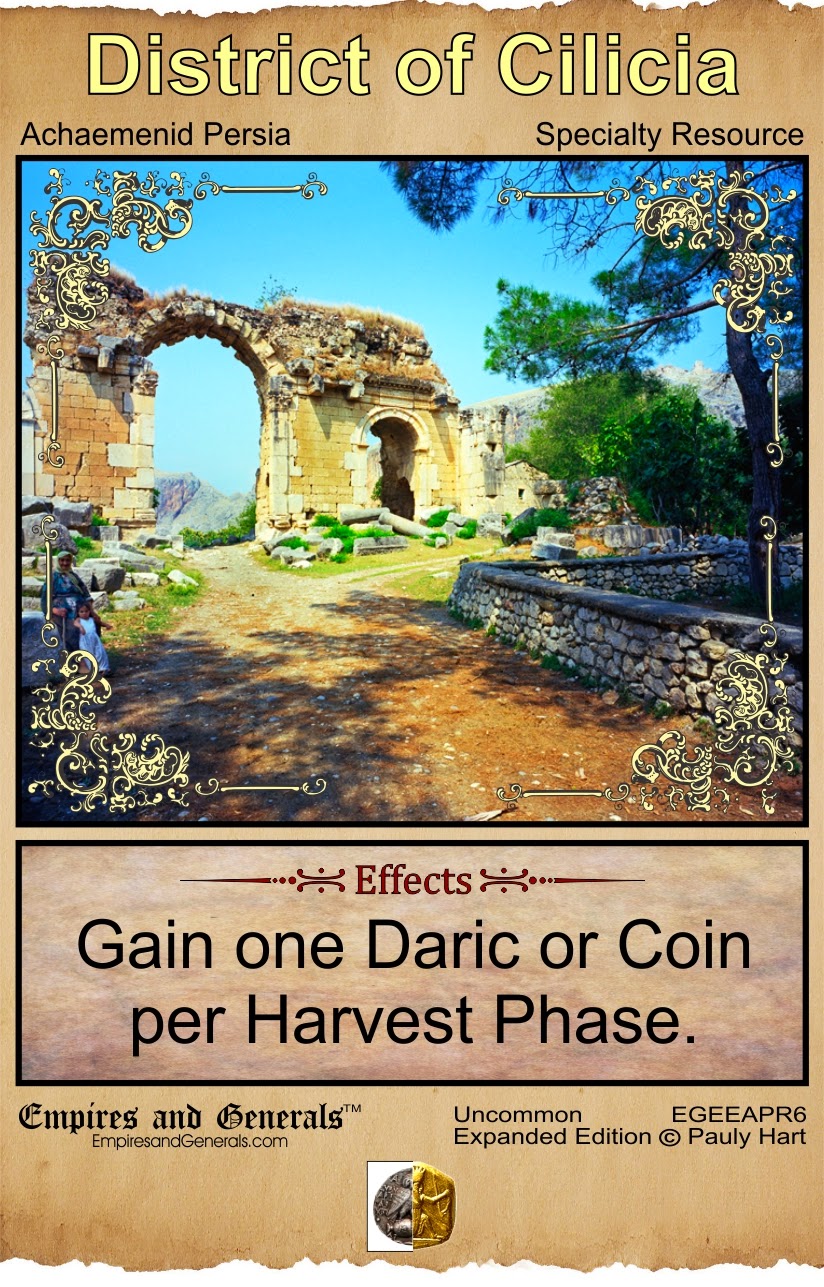 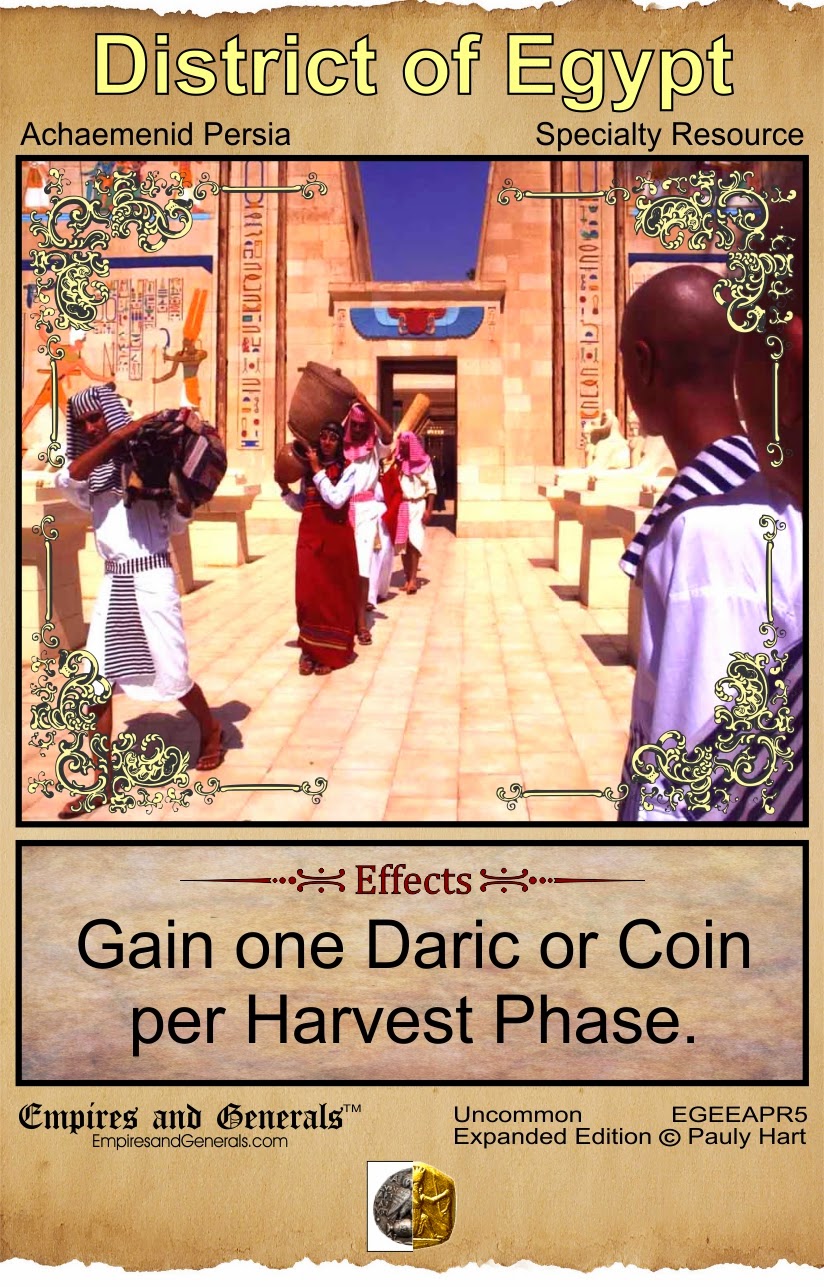 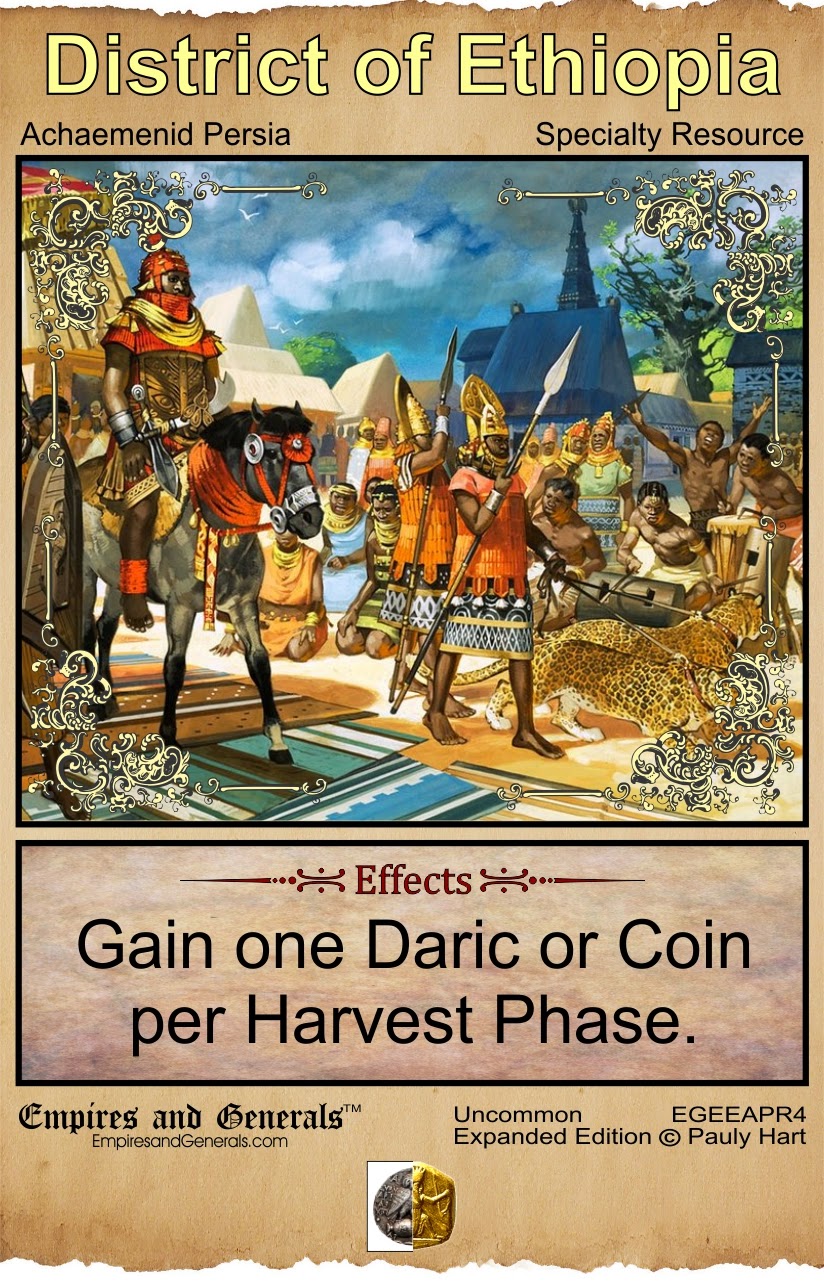 Several of the Dogs of War cards will actually be... Dogs
Here are two specifically designed for my two Asian Decks in the Expanded Edition.

not working on my book today.

making some persia stuff instead.

wait... did you know i was even writing a book?

it's gonna be pretty awesome.

it's about this guy who gets kidnapped by yeti.

ok. off to work on cards.

here's the link to the book blog - http://gatesofthegarden.com/
Posted by Pauly Hart 0 comments

Three of our games where I actually remembered to pull out the camera.

Thanks for all coming and taking part! 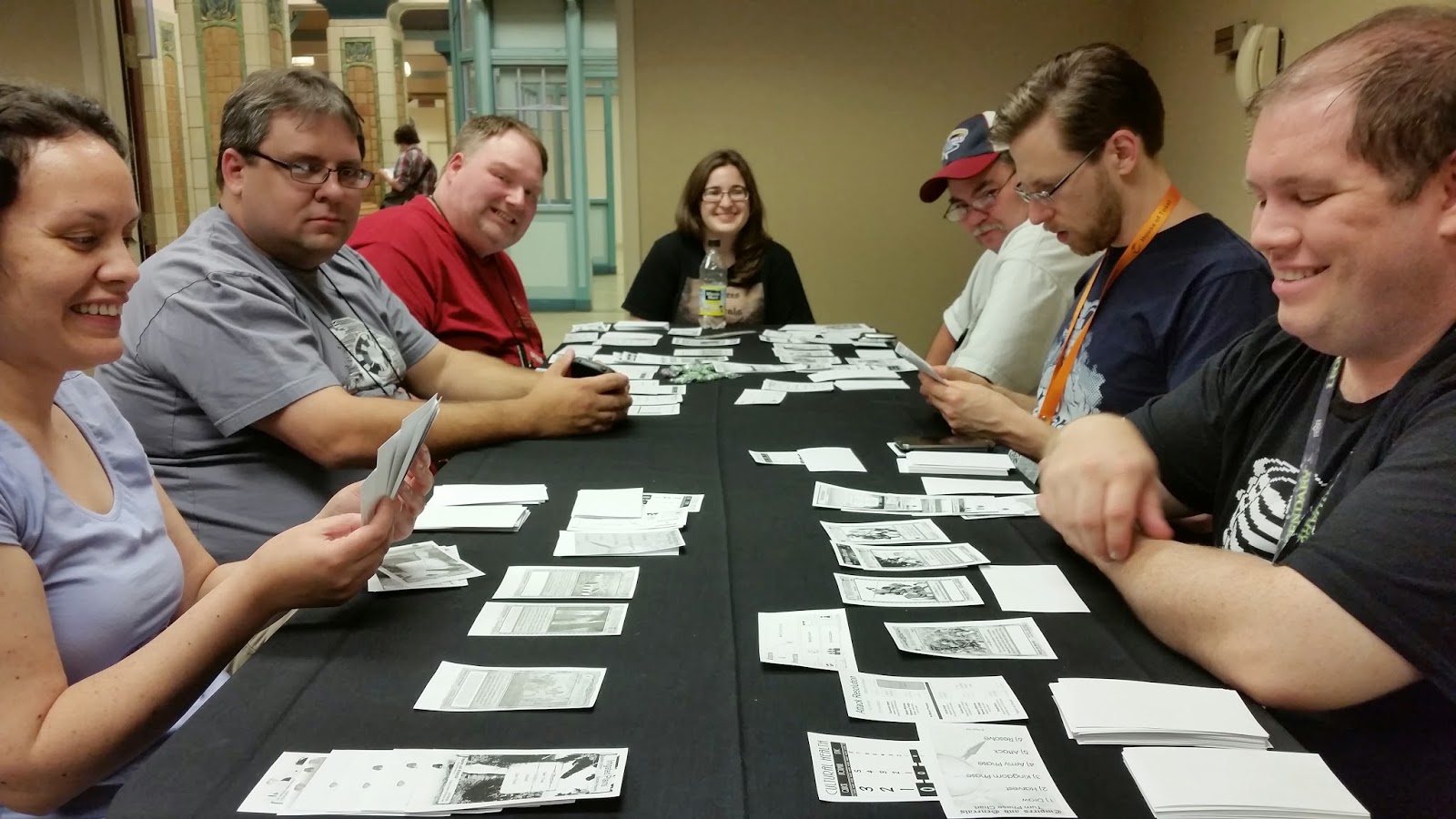 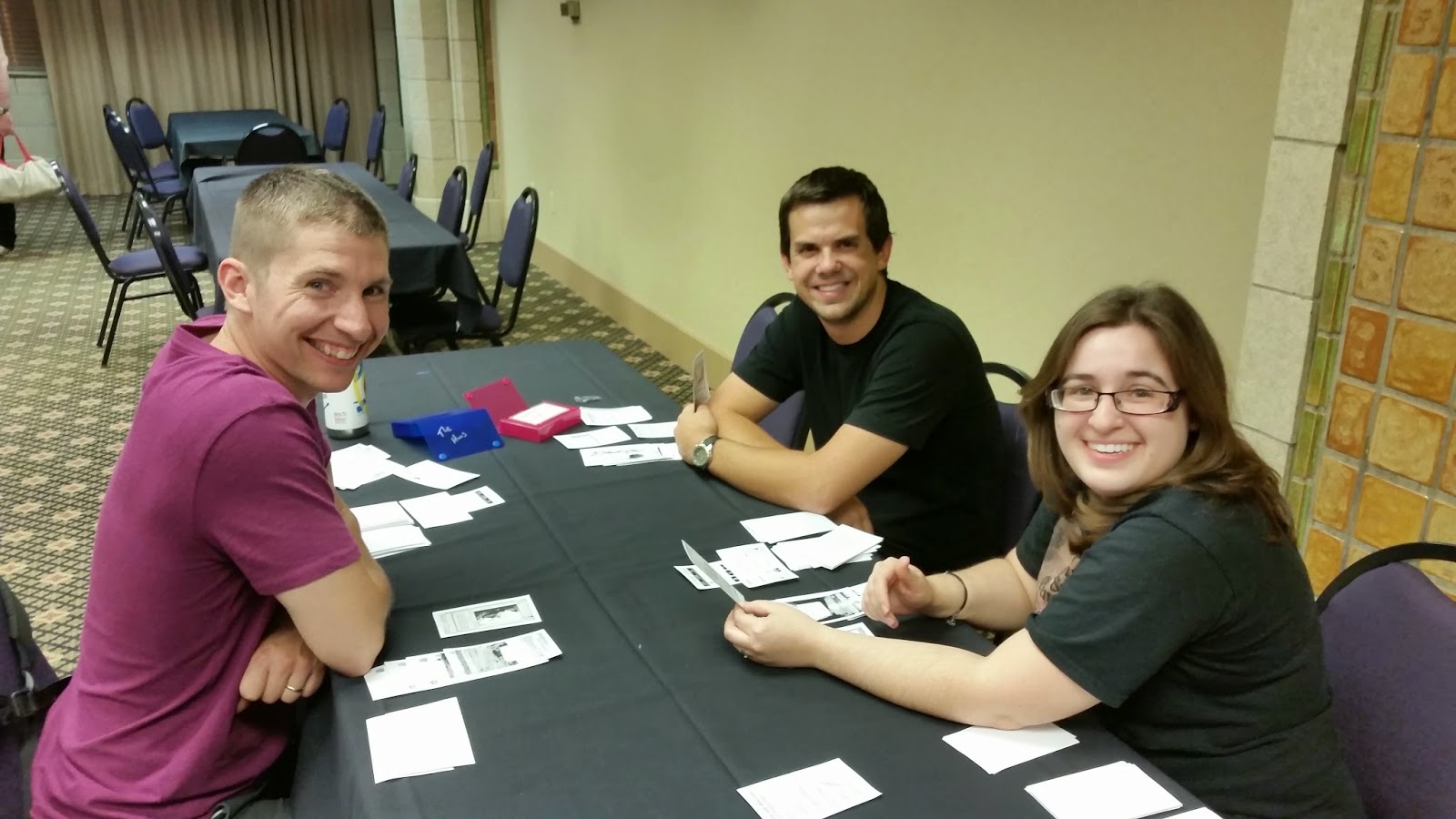 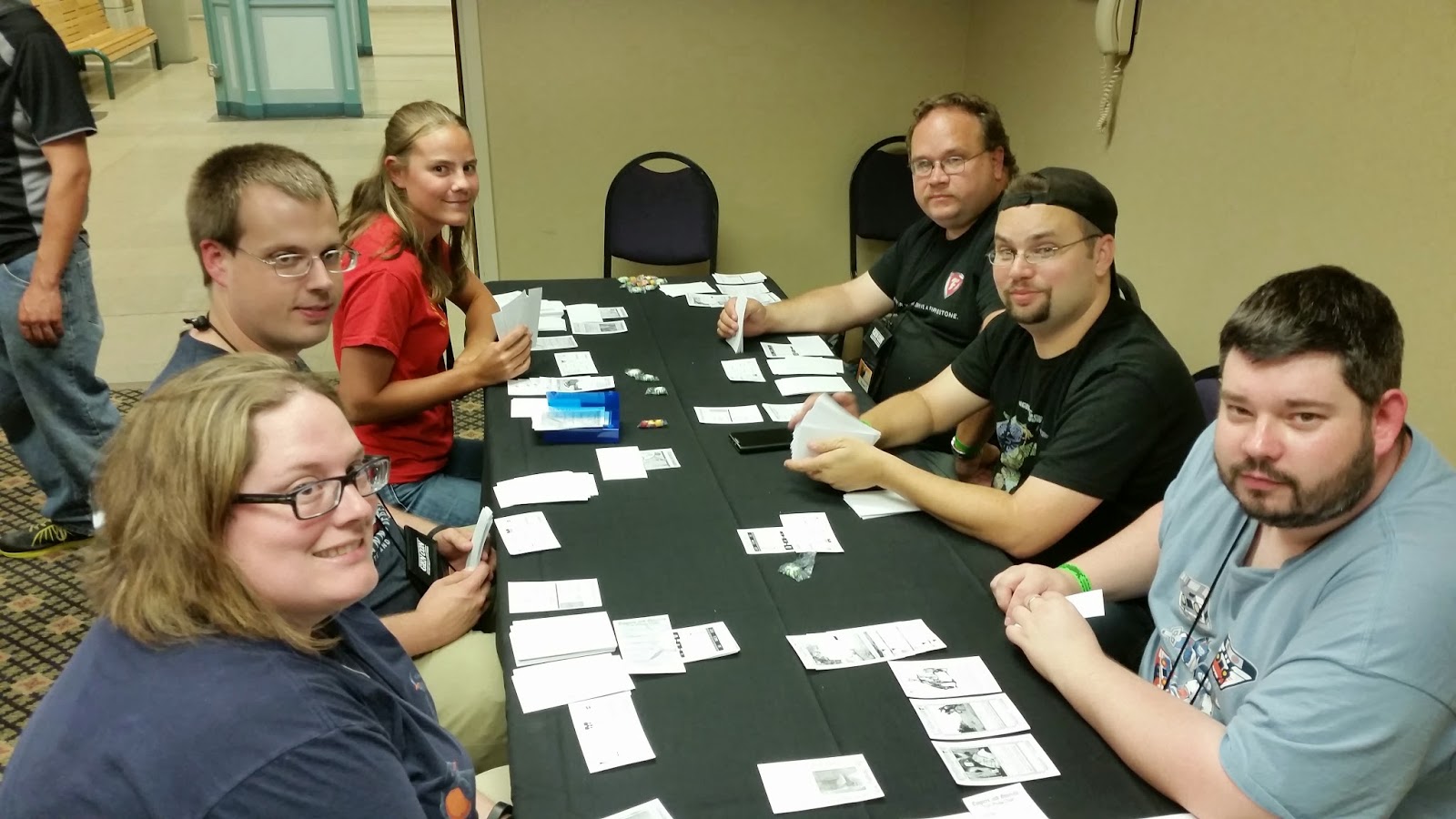 While working on editing my book today I encountered something that I thought I would share with my history game friends, and also because since this month and next month are all gonna be about the book, I feel pretty guilty about leaving you guys in the lurch. :)

So, here is what a friend of mine commented on her facebook today -

"im tolerant of everything except intolerant people... there is NO reason for some people to still be so damn racist, especially younger generations. like, people are people, how the hell can someone think theyre better than someone else just because of a goddamn skin color? how tf does that make any sense? ignorant af, i swearrr!"

So I commented back -

"While I'm not a damn racist, I am surprisingly racist, and it came, not thru the power of ignorance, but the power of education. Not a racial bigot, mind you, but a racist in the scientific sense."

She was thrown by that, so I pointed her to my bitstrip about it. I've been on bitstrips before it was a "thing" and still have a pretty big following there.

Enjoy this unique point of view.

Laughing in the face of history: The Mad Sultan Ibrahim of the Ottomans 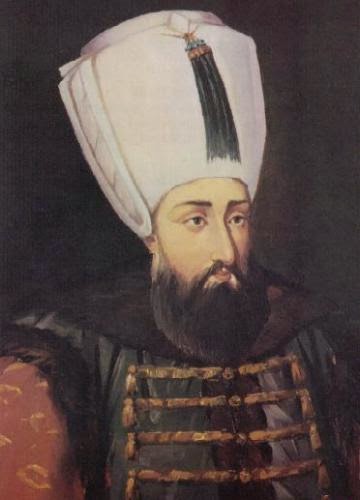 From his early youth, the Ottoman Sultan Ibrahim I "The Mad" (±1616-1648) had been locked up in the "Cage", a large building without windows. When he was finally proclaimed Sultan, he sought compensation for his lost years, indulging in debauchery with an endless supply of fresh virgins. One day, however, he had his entire harem of 280 women thrown into the Bosporus, tied up in weighted sacks. He became known as "The Crazy One".

Ibrahim was born on November 5 or 6 in 1615 or 1616, as a younger son of Sultan Ahmed I (1590-1617). As an infant he had been locked up in the "Cage", and ever since he had been living in fear of death. The Sultans Osman II (1604-1622) andMurad IV (1612-1640) had executed all their brothers - except Ibrahim. In 1640, Murad actually ordered Ibrahim's death on his deathbed, because he thought it better for the dynasty to end rather than continue with 'insane seed'. But their mother, Sultana Kösem, intervened. Nevertheless, when a crowd tried to enter the "Cage" to proclaim him Sultan, Ibrahim was so terrified that he barred the door. He was convinced that his cruel brother was playing a trick to torment him and refused to come out until his brother's corpse had been brought before him. Even then his mother had to "coax him out as if cajoling a frightened kitten with food". When he had finally left the "Cage", Ibrahim began dancing through the harem, while screaming: "The butcher of the Empire is dead!".

Seeking compensation for his lost years, 23-year-old Ibrahim indulged in an urge for debauchery. Sultana Kösem was happy to reign in her son's place, so she took care of an endless supply of virgins and fat women for his pleasure. Ibrahim was frequently impotent so his mother supplied him with aphrodisiacs, too. Ibrahim preferred women he could not have and found it difficult to make love to slave-girls, who were not in a position to refuse him anything. Dimitri Cantemir of Moldavia wrote: "In the palace gardens he frequently assembled all the virgins, made them strip themselves naked, and neighing like a stallion ran amongst them and as it were ravished one or the other, kicking or struggling by his order". When Ibrahim met the beautiful daughter of the Grand Mufti, Turkey's highest religious leader, he asked him for her hand in marriage. The Mufti, aware of the debaucheries in the harem, advised his daughter to refuse the proposal. Ibrahim was enraged and had the girl followed and kidnapped. He ravaged her for a couple of days and then sent her back to her father. Another time Ibrahim treatened to stuff his Grand Vezir with straw unless he recovered presents given by previous Sultans to the shrine at Medina.

In 1641, one of Ibrahim's concubines, Turhan Hadice (1627-1682), gave birth to his first son, Prince Mehmed (1642-1687). Shortly before the birth, Ibrahim (to the right) acquired a slave girl, who accidentally happened to be pregnant. After the birth she was employed as a wet nurse for the little Prince and so she moved into the Royal harem with her own son. The Sultan was so taken with the healthy and robust little boy - a contrast with his own fragile and sickly son - that he spent a lot of time with him. When Turhan Hadice complained, Ibrahim had one of his rages; he tore his son from his mother's arms and threw him into the pool. Luckily, Mehmed survived. Three months after Mehmed's birth another concubine gave birth to Ibrahim's second son, Süleyman (1642-1691). More sons soon followed. In 1645, Ibrahim betrothed his 3-year old daughter Fatima to Kapudan Yusuf Pasha*, but he had him executed within a year.

The shops of jewellers and European merchants were pillaged to satisfy Ibrahim's whims and tastes of the moment. Ibrahim used to drench his beard, clothes and room hangings with perfumes, especially the exotic ambergris. He had a fetish for furs: his clothes, curtains and walls were all decorated with fur. His pillows were stuffed with it and he had a preference for making love on sable skins. Ibrahim collected books expressing the various ways of coition and he was said to have invented some new and previously unknown positions himself. Once, Ibrahim happened to see the private parts of a wild young cow and according to Cantemir, "he sent the shape of them in gold all over the Empire with orders to make enquiries whether a woman made in just that manner could be found for his lust". A woman fitting the description was found in Armenia and she was received into the harem. Her name was Sechir Para ("Sugar Cube") and she weighed around 150 kilograms. Ibrahim became madly infatuated with her.

One day Sechir Para told Ibrahim about a rumour that one of his concubines was "compromised by an outsider", but she didn't know any details, like the girl's name. Ibrahim promptly raged for three days. When his son Mehmed made a joke that Ibrahim didn't like, he took his dagger and thrust it in his little son's face. Mehmed was to carry the resulting scar on his forehead until the end of his life. The chief black eunuch, the most powerful man after the Grand Vezir, tried to find the identity of the concubine by torturing some of the harem girls, but he was not provided with a name. Then Ibrahim decided to have his entire harem of 280 women thrown into the Bosporus, tied up in weighted sacks. Sechir Para and Turhan Hadice were spared. Only one other girl survived, because her sack had not been sufficiently tied up. She was dragged out of the water by the crew of a French ship. Eventually Sultana Kösem became jealous of Sechir Para's influence and one day she invited the woman to dinner and had her strangled. She told the inconsolable Ibrahim that the woman "had died suddenly of a powerful illness".

In the provinces the custodians of public property turned into feudal lords. Offices were sold to the highest bidder or given to favourites, taxes were increased and every resource possible was drained to supply the demands of the Sultan's excesses. Ibrahim was indifferent to the chaotic situation in his country and his insane behaviour alienated all political fractions. But the birth of his sons had made Ibrahim replaceable. In 1648, the Janissaries revolted because they were paid poorly or not at all. They cut up the body of the Grand Vezir and sold it in the street. Then the Grand Mufti decided to take revenge for the deflowering of his daughter by sanctioning a coup. When Ibrahim asked him: "Did I not appoint you to this high office?", he replied:"No, God appointed me." Thus Ibrahim was deposed and put back in the "Cage". Confined once again, he became a raving lunatic. Despite the thick walls, his cries could be heard day and night. A week after losing his throne, on August 18, the executioners entered the "Cage". With the Koran in his hand, Ibrahim cried out: "Behold! God's book! By what writ shall you murder me?" and "Is there no one among those who have eaten my bread who will take pity on me and protect me? These cruel men have come to kill me. Mercy! Mercy!" Nevertheless, he was strangled with a bowstring and buried in the Haghia Sophia Mosque beside Mad Mustafa.

Abdülkadir Dedeoglu claims that Ibrahim was by no means out of his mind and that the rumours about his insanity were spread by his assassins in an attempt to justify their deeds. Still, Ibrahim was an eccentric and his liability to sudden bouts of intense violence and his boundless indulgence in debauchery indicate that he suffered from some kind of personality disorder. He spent his childhood and adolescent life in solitary confinement in the Cage, while his brothers Osman II, Mehmed, Süleyman and Bayezid met violent deaths. Growing up in fear of death will surely have marked his personality. In addition, Ibrahim suffered from chronic headaches all his life.
Posted by Pauly Hart 0 comments