Serving under Cyrus the Great, the Magi were Zoroastrian priests who were Mede in origin but, when incorporated into the Persian fold, developed well. Zoroastrian was a deviation from the old Mithras religion and Cyrus embraced it. Many of the main principles are reflected in Judaism and it's an all around cool philosophy on life. The main three principles are: "Good thoughts, good words and good deeds." I liked this symmetry so much and it was so important to the Achaemenid mindset that I've made it into an almost metaphysical reality in the game.

The three main concepts appear in the game as Act of God Cards with the sub-classification of "Circumstance" (which will be used again for time and seasons). They act as regular Act of God cards with the regular rules (you can find them here). Playing these cards correctly is going to be a little tricky. Remember, you must acknowledge and agree before the game if you want to use Act of God Cards! They are placed into your Supply/Resource Pile.

Besides that, it's going to be tricky to play them because they do nothing by themselves. You do not receive a Cultural Health if you have one. You must have all three in your Kingdom Area to gain three health. And since they are Ultra Rare, if two people are both going for the prize, then they may interfere with eachothers desired outcome. Remember, once an Ultra Rare card is played, it may not be played again in that game. 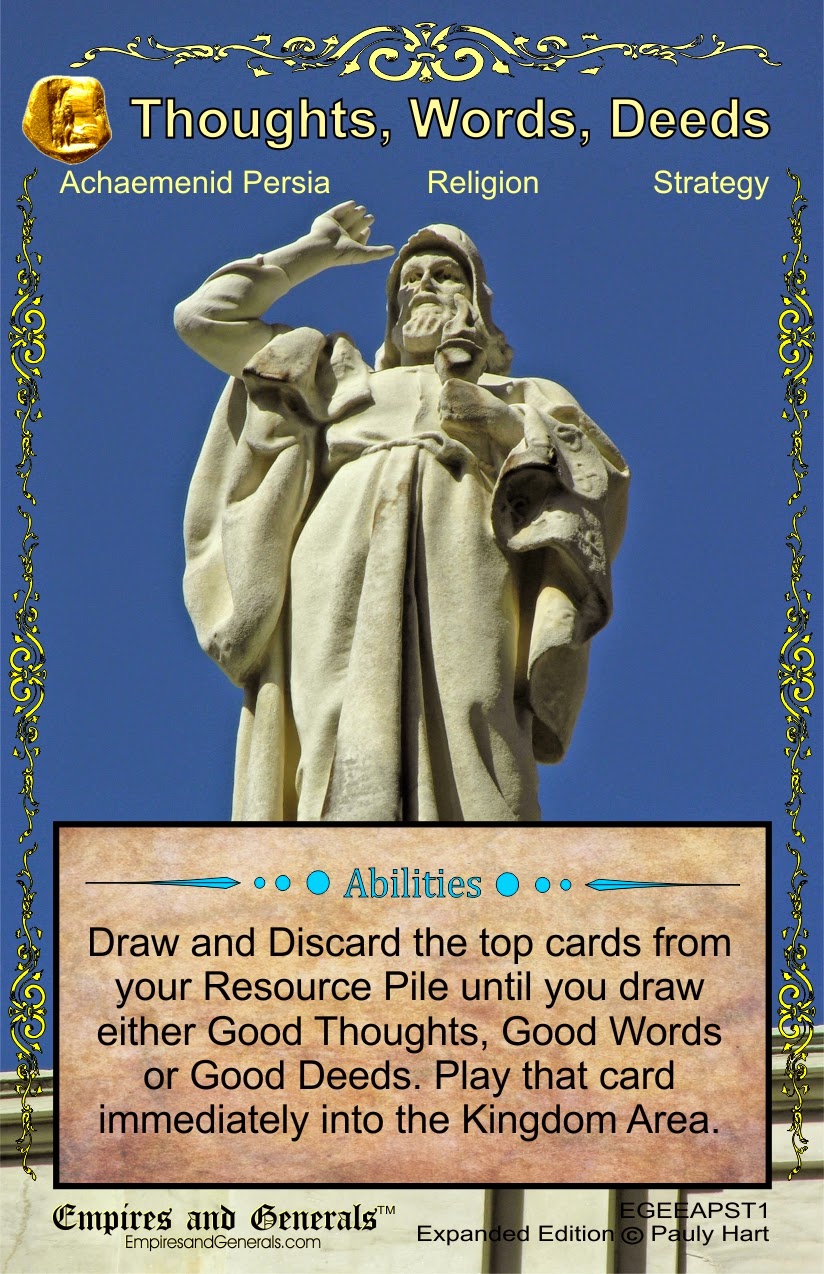 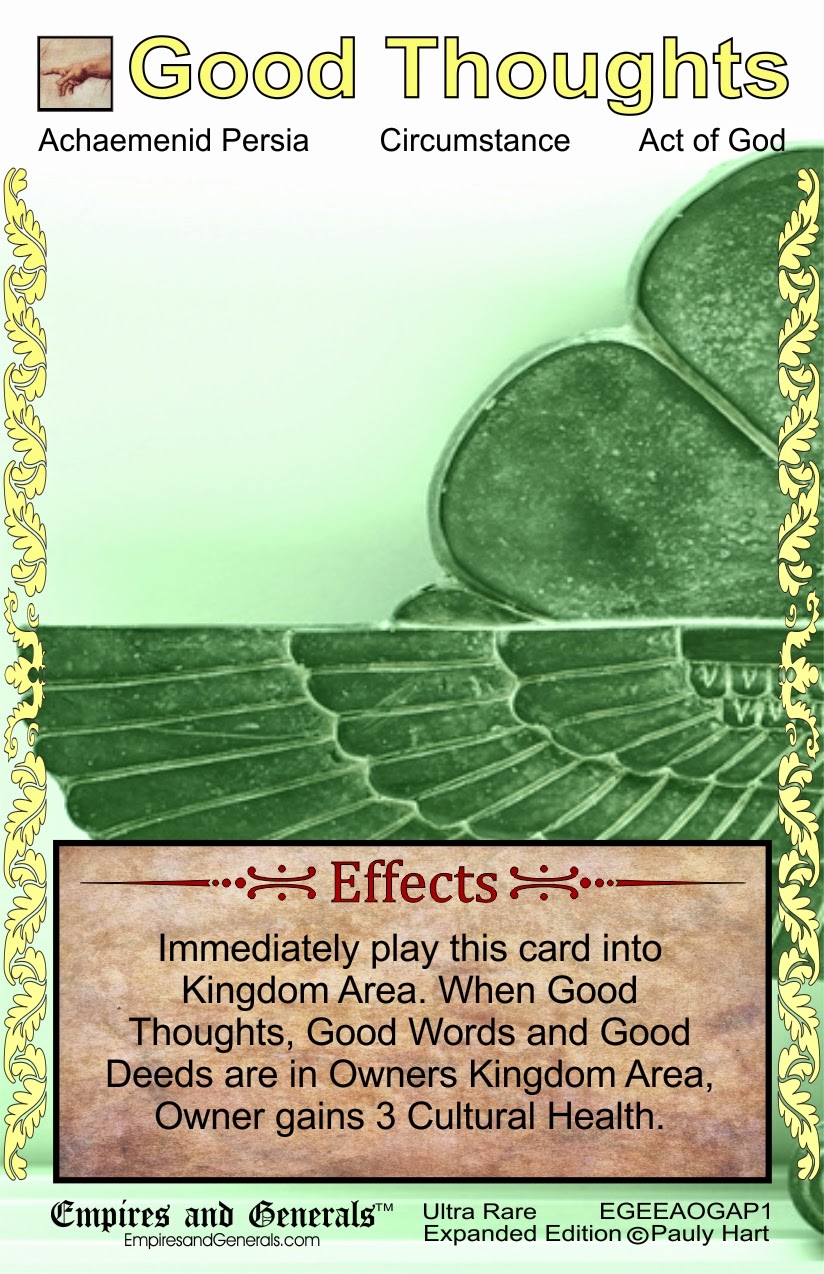 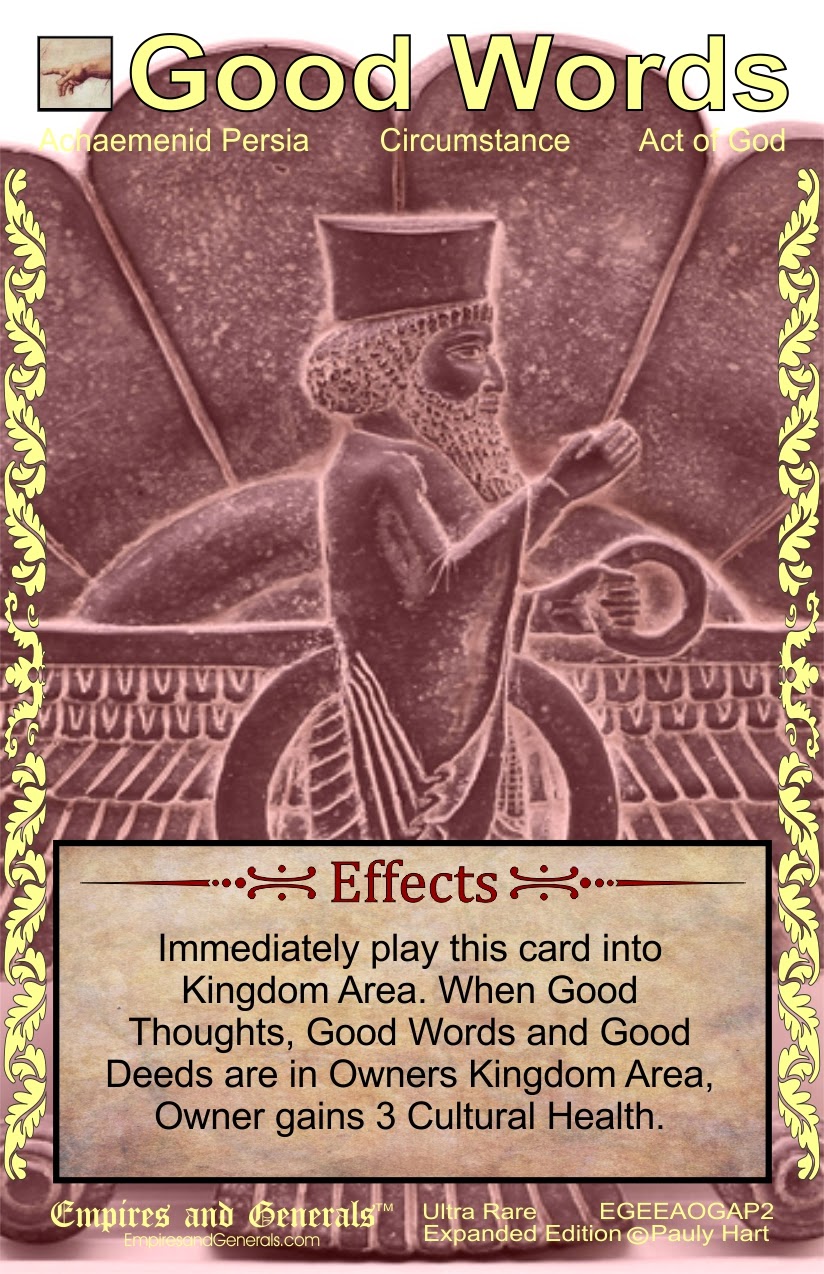 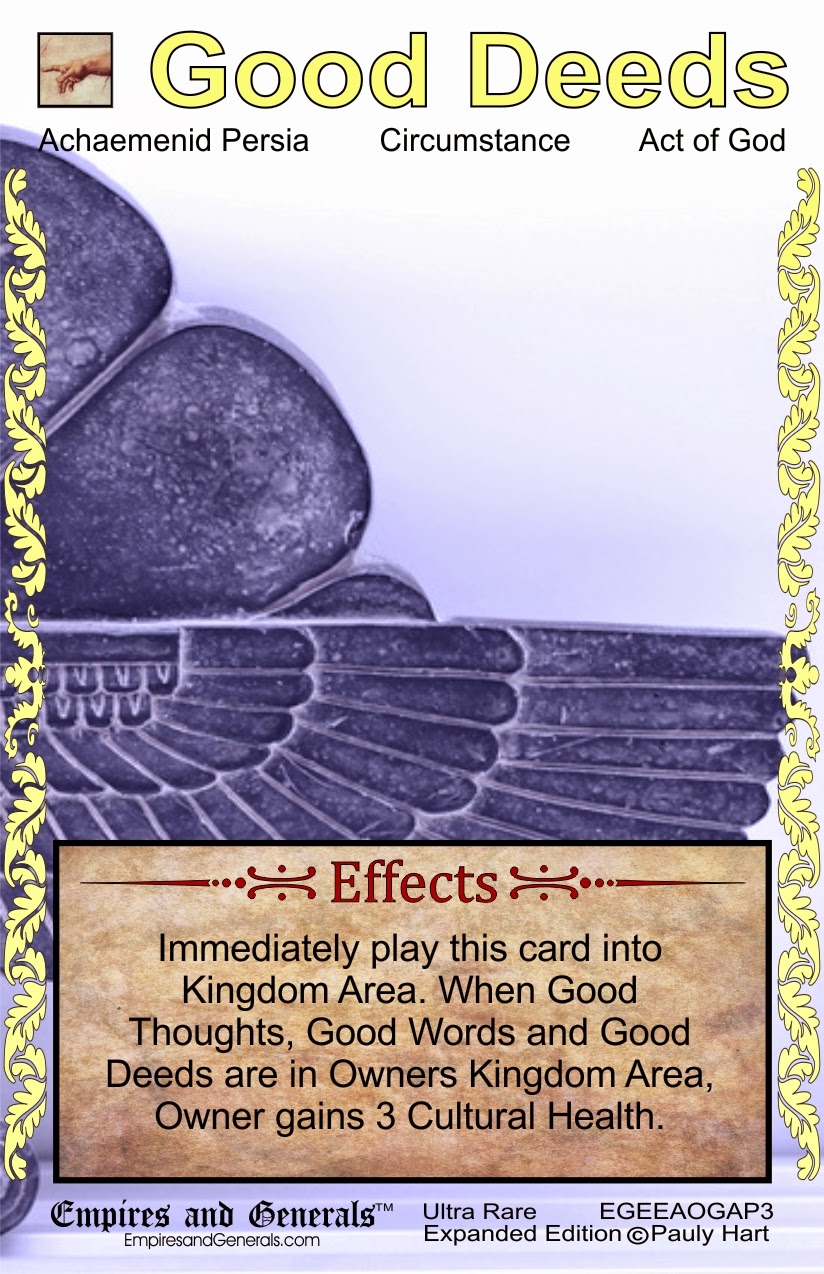