Here are some previously released cards that went to the Tokyo in Tulsa group back in July. Today they are yours.

Ancient Japan used a lot of bamboo. You can too, if you trade coin for bamboo. Maybe you should  get Greece? Ancient Greece has cards in it to trade any resource from any other and turn it into coin to purchase other resources. 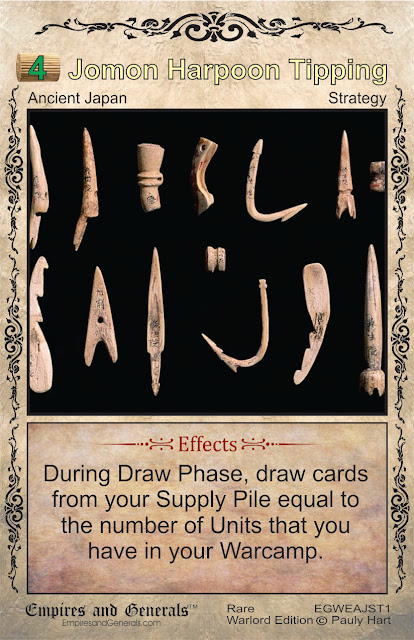 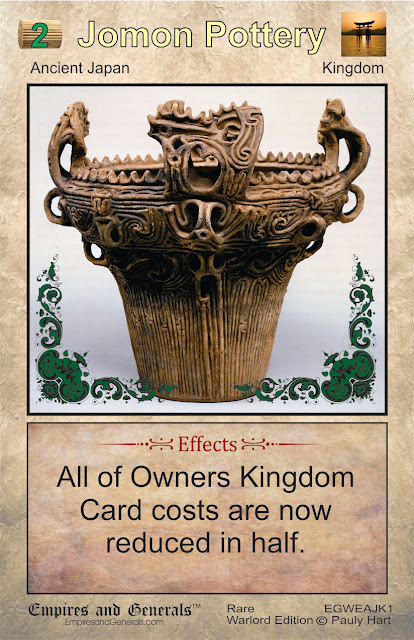 In Ancient Japan, the Jomon People were a big believer in "Terraphim" or household gods. Whatever the impact these little statues had, one cannot say that there was not a psychological boon to having your own personal mud and wood superhero. Since there were so many, I made one card with a variety of pictures... But, since this is a common card, you may have up to five Jomon Dogu in your deck. That was nice of me. :) 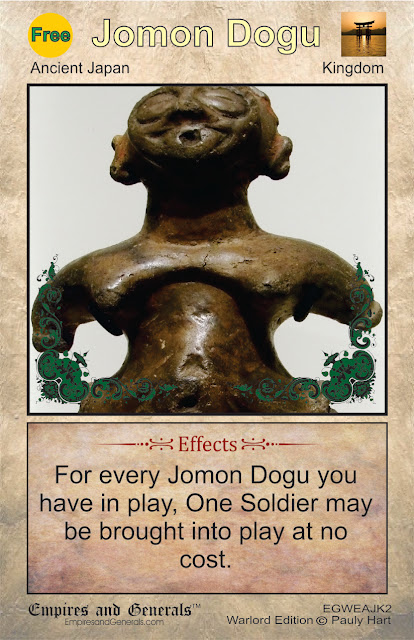 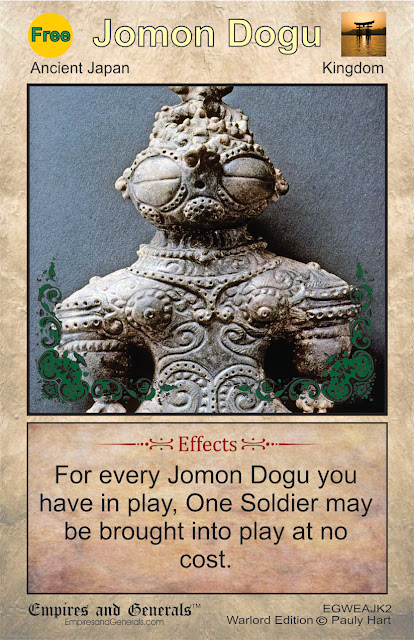 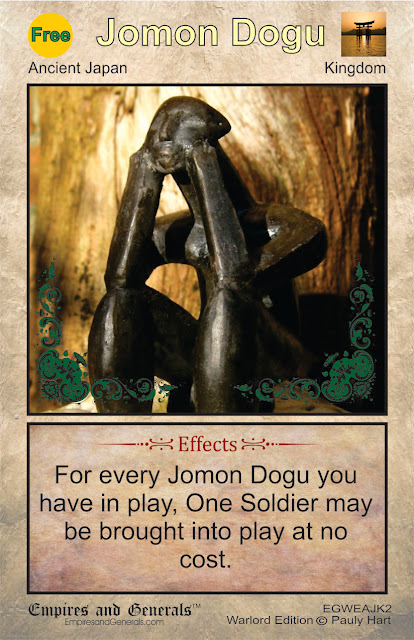 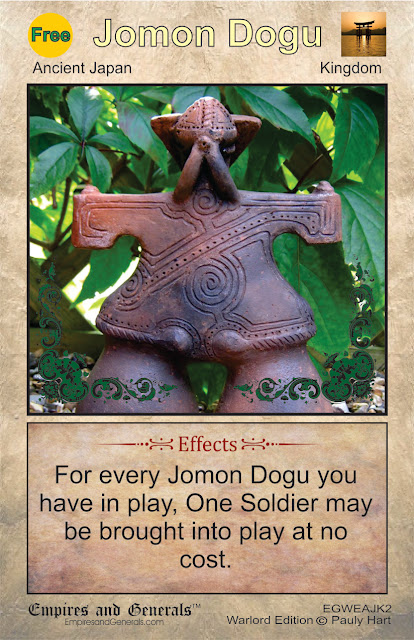 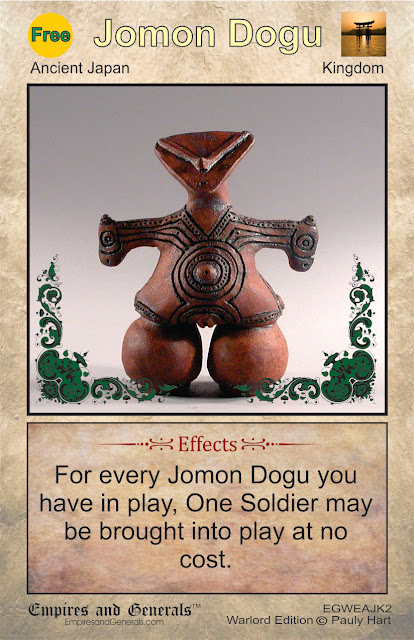