I was struggling with the Naval "Problems" and think that I have figured out how to fix them.

Here is an update in the Glossary and here is some Rule Changes that should fix most things.

Establish Beachhead (Beachhead) - A way to move encamped Units from a Naval Soldier to the Battlefield surpassing the regular Warcamp. This occurs when there are encamped units aboard a Naval Soldier and they are dropped off onto the main Battlefield. This takes two turns and is explained thouroughly in Naval Troop Movement.

Also, Here is an official map to show you where you can stick your stuff. 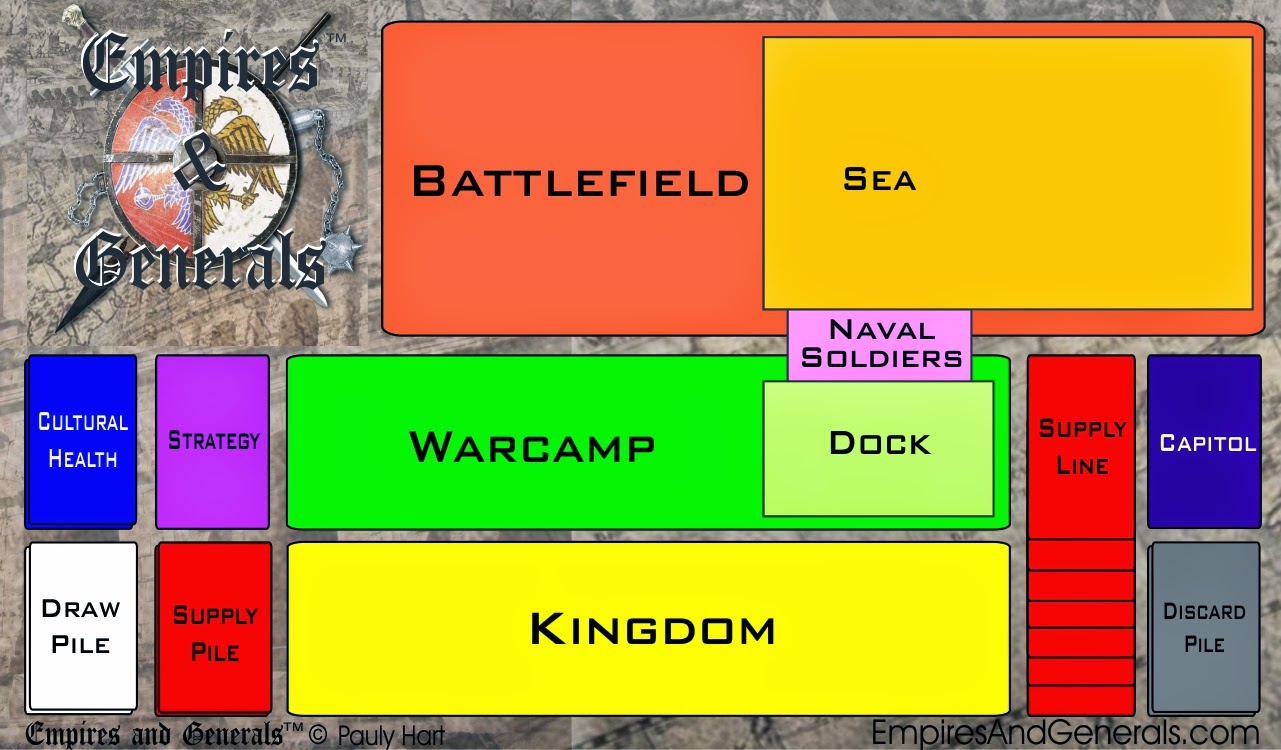 Here is some other Naval related stuff from the Glossary:

When your Naval Unit is at Sea, it may not be encamped, unless you have another Naval Unit in the Sea with Soldiers in it, and they are allowed to move ships (Encamp from one Naval Soldier to another). If you wish to Encamp regularly, you must do so in Dock or by Establishing a Beachhead.

Great protection! However, this is a two turn feat.

First, the Units may be played from your hand into the Warcamp during Army Phase and then they may then be moved into the Naval Soldier on that same Army Phase.

Then the Naval Soldier then moves into Sea (Battlefield) on that turn during the same Army Phase. They are now at Sea and may not attack unless they are ranged into the Battlefield.

On the next Army Phase you may Establish Beachhead into the Battlefield from the Sea. Your troops (Soldiers and other Units) now act as regular Units do on the Battlefield.

You may then move on to your regular Attack Phase.