I'm just too excited for today to sit around and waste my life on facebook.

Did you know? The first reference to the Samurai were around 900AD?

This is before the Medieval Japan (Feudal) period of 1185-1699 during the late Classical period of Heian.

In Empires and Generals, I have incorporated many ideals of Ancient and Classical Japan into the Ancient Japan Deck, as I have no "Classical" setting for the game structure. This may change, but in the meantime, I have the Heian as part of the Family Edition Unaffiliated.

If you are wondering how the Japan race/culture/cluster-of-east-asia-islands is set up, you may refer to the humongous map HERE.

Who knows, it's fluid, but for now, enjoy the Samurai. His name is Hazuki. 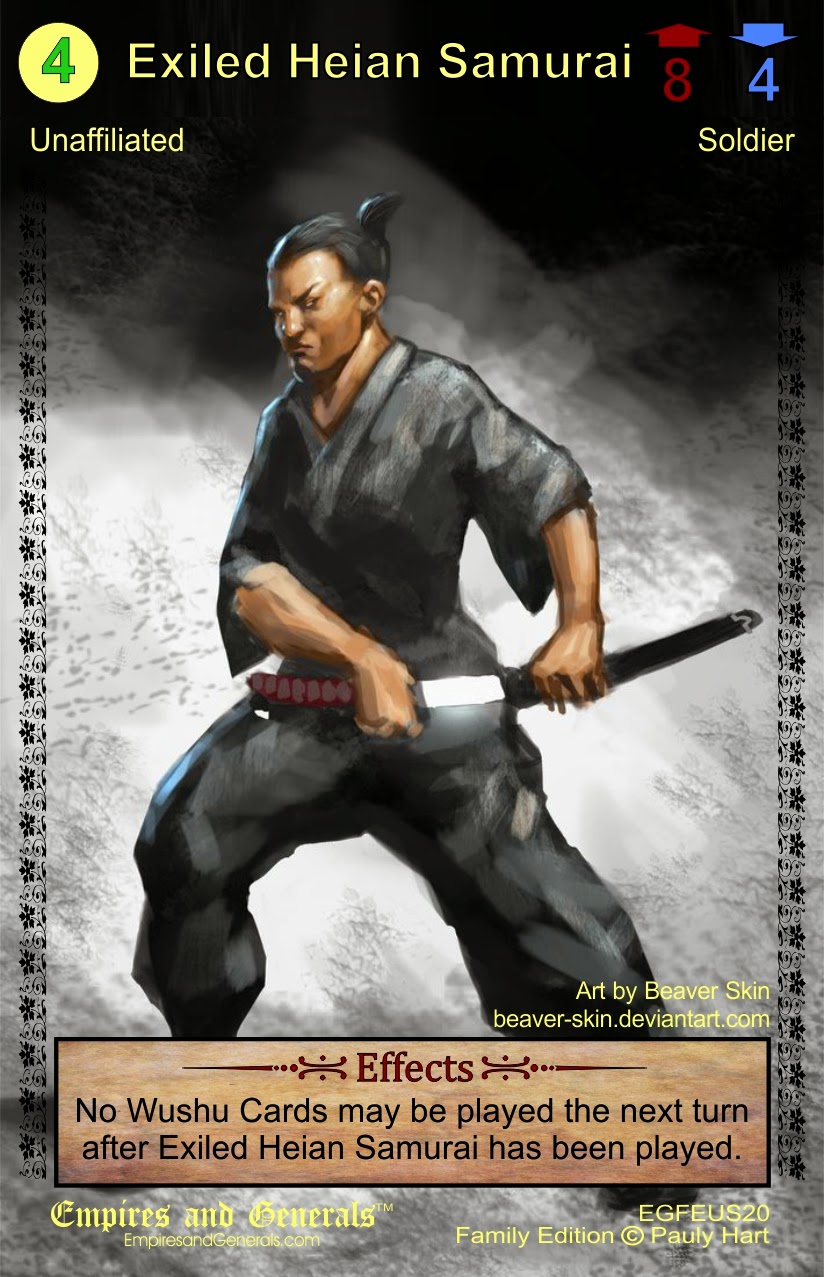 I even gave him his own name badge, in case you forget. 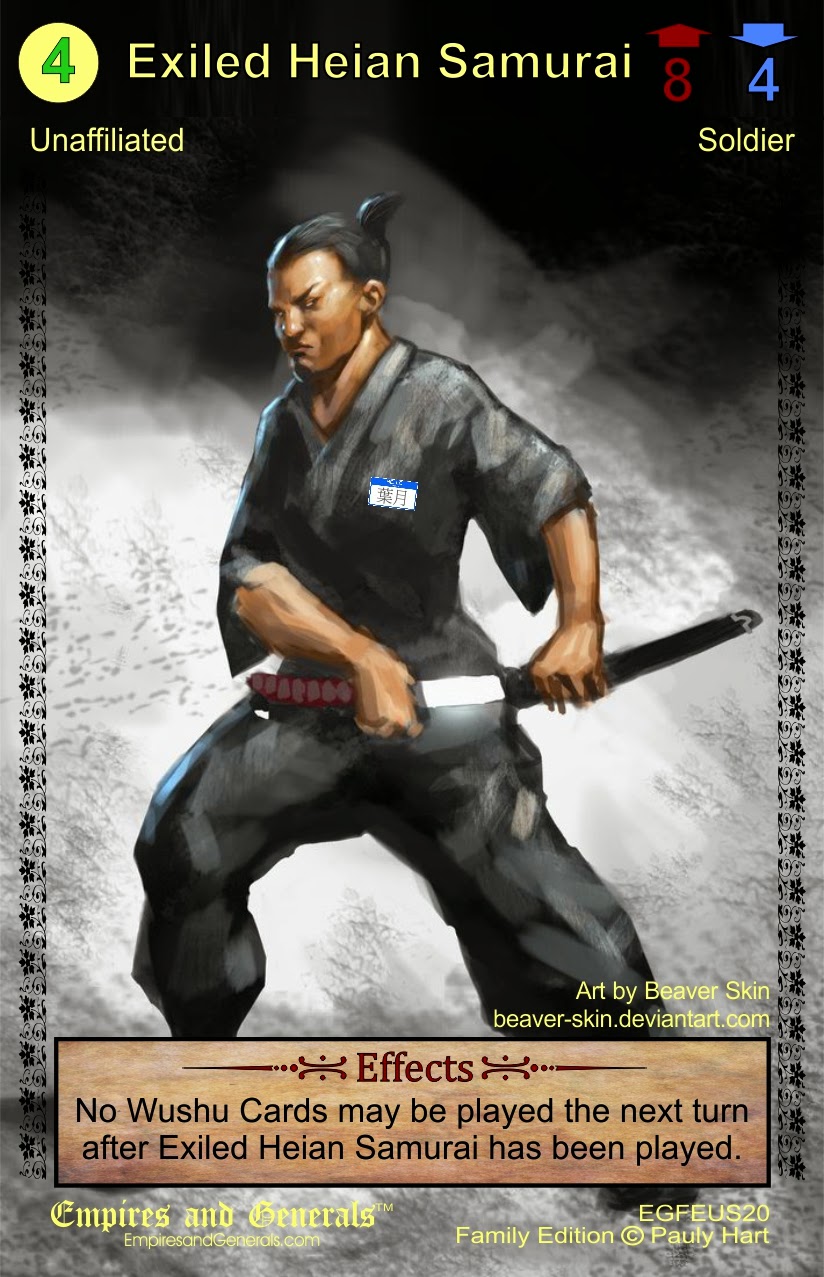