Many of you have been itching to have me make some more of our wonderful "Hardback Edition" cards. These are cards based on books, stories, tall tales, novels, adventures and poems that are public domain and have seen their fair share of fame in history. Here are three new cards, from three groups of our Harback Edition.

Casey at the Bat is our big hitter. He has "three strikes" to prove his point, after that... He's out.

Headless Horseman is a Unit Sacrifice card, you kill off one of your own and you can play him. He's a common card, but no matter how many cards you have of him, he can only be played twice per game.

And finally the lovable Cheshire Cat. This is a horrible, horrible idea. The ultimate troll card. Whenever you attack your opponent who has him, he just poofs and goes away, only to return the next round. That's horrible. And if you want to use him yourself, you MUST have 12 copies of him in your hand. Even though I set a limit of each player may only have one in play at a time, you know that your opponent has five more in his hand he's just ready to play. 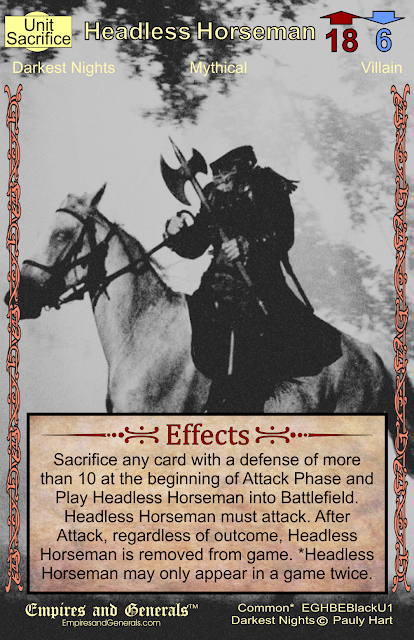 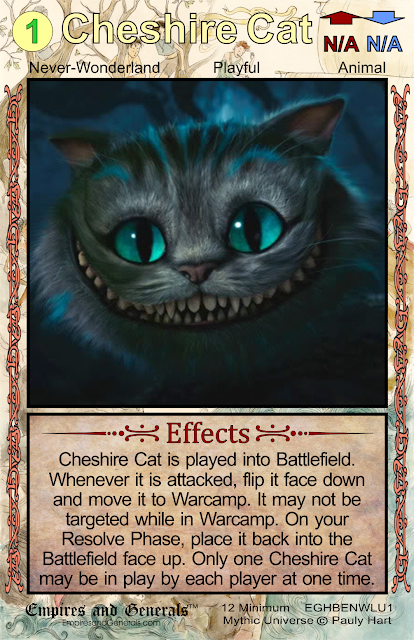 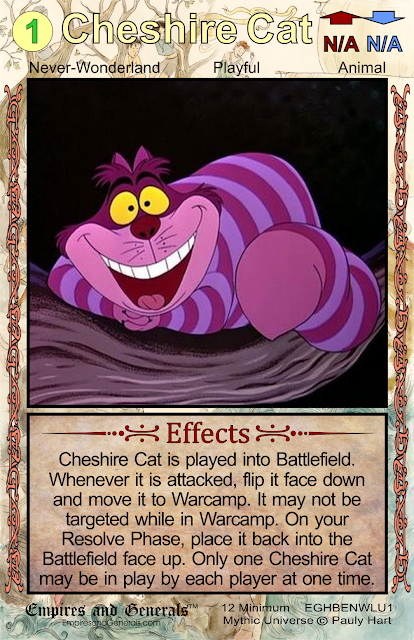