James Puckle was the inventor of the Machine Gun. Though he was not alive for the formation of the Kingdom of Great Britain and Ireland, his invention of the world's first Machine Gun in 1718 was so revolutionary that it may have been the finest creation of the Age of Discovery.

James Puckle has no leadership Icon and is treated as a typical unit without leadership, like a soldier.

The "epoch" of the Puckle Gun may be used in games of Age of Discovery or later (this is what the + means), unless players agree that all ages are allowed in the game play. 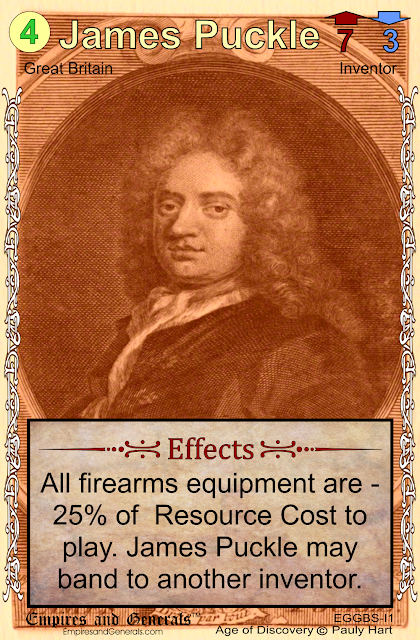 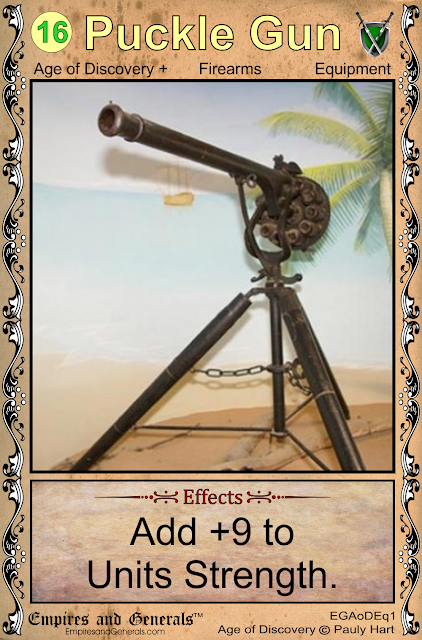