You have probably been here long enough to figure out what the "Athens" part stands for, but just in case you are new around here... The Athens part is a subgroup of a card. If you come across another card that does damage to "Athens Soldiers" then this would be damaging the three cards below it, but not Neodamode... Since he is a "Sparta Soldier"...

But on to the biggest Change:

I have changed the Glossary to reflect the full realization of the new card subgroup:

When your Naval Unit is at Sea, it may not be encamped, unless you have another Naval Unit in the Sea with Soldiers in it, and they are allowed to move ships (Encamp from one Naval Soldier to another). 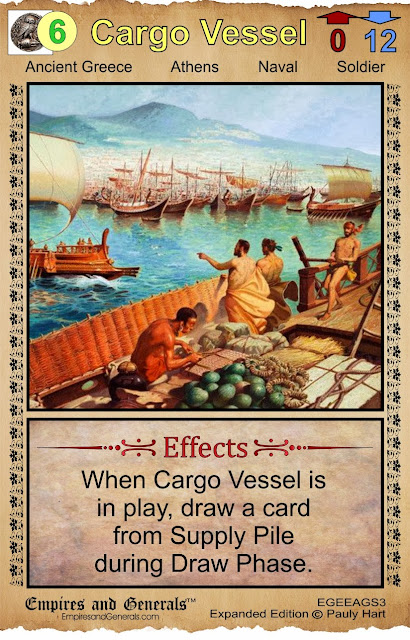 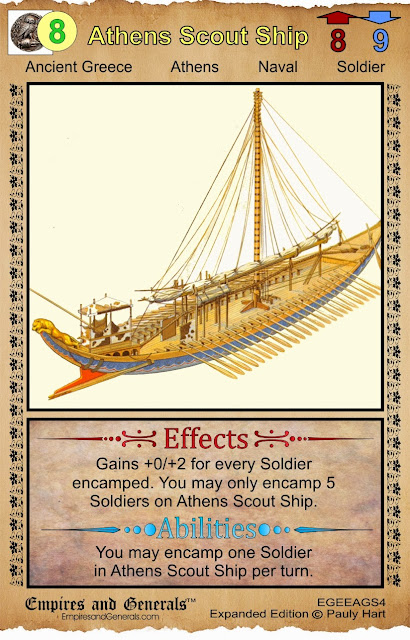 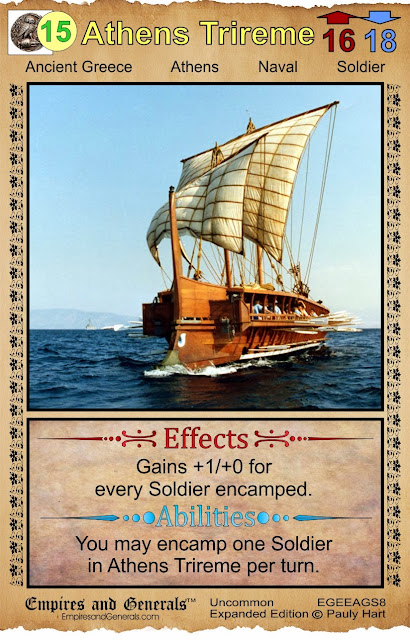