I thought I would make a cool idea about a dude standing out in the Battlefield just causing people to rethink their attack by talking them out of it... So this is a card fueled by a mechanical game need.

Hiawatha was a pretty famous dude who really got the tribes together and caused some pretty good things.

Here is the first card dedicated to his legacy.

The card costs two Wampum to play, but, there's always the Silver Trade.

Heck. Who has two Wampum laying around anyway? 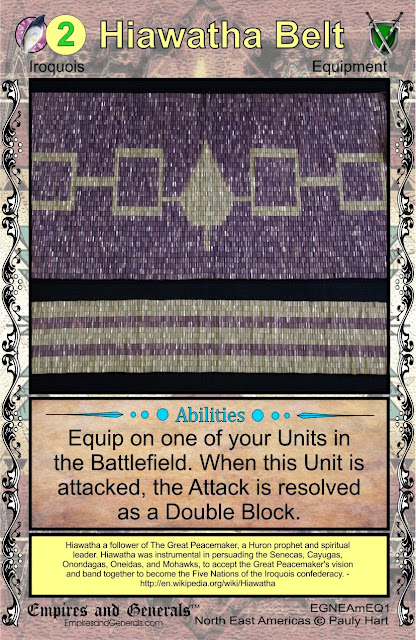 One thing to note on the card: It says "Attacked" not "Counter-Attacked"...
So your card can still attack others without the immediate double block resolution.