There are a zillion things interesting about this census. You can spend around twenty minutes getting some pretty interesting insight yourself. 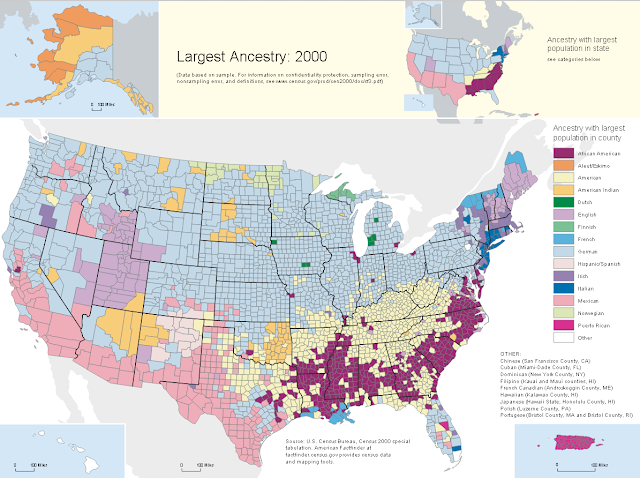 Here are some of the things that I found that blew me away:

1) I thought we conquered Germany in two wars already?
2) Africans never moved far from the south once the civil war was won.
3) There appears to be a pervasive invasion from Mexico.
4) There seems to be a "buffer zone" of "Americans" (Whatever they might be) between Africans and Germans.
5) There really aren't that many Brittish folk left over.
6) There are even less French.
7) Now I know why most of my friends in Oklahoma were First Nations!
8) The "Viking Settlements" theory of North Dakota seems to be solved.
9) Puerto Rico is full of Puerto Ricans!
10) Again, what the heck is an "American" in racial context if you are not "American Indian" (First Nation)?
Posted by Pauly Hart