ok so i get to show my goofy side for a minute. i was changing the title of the roman "limes" from "walls" from the old card and i wondered if anyone actually thought i meant the citrus fruit. well... so here you go. a little humor goes a long way. if you're first among your friends to play with these new cards, i assure you they are legal, they have an actual ID at the bottom right (the same ID as the real card) so you can use them, but not double stack your deck with these cards and the ones with the real picture.

the only card on roman republic tactics that i didn't make a joke card about is the crucifixion card, because i don't really think that's funny no matter how you slice it.

but you can slice the limes. 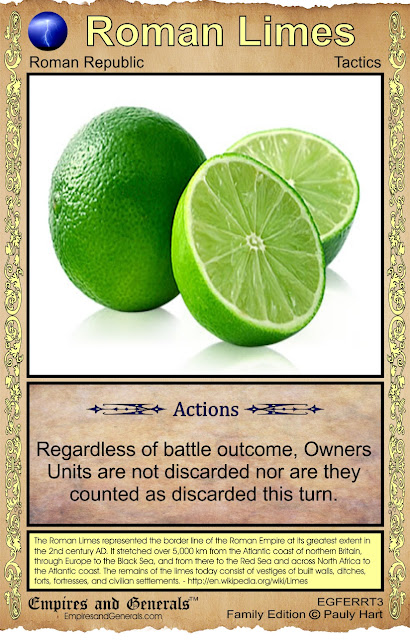 the only good part of "master of disguise" in my opinion. it's a classic reference if you don't know it. 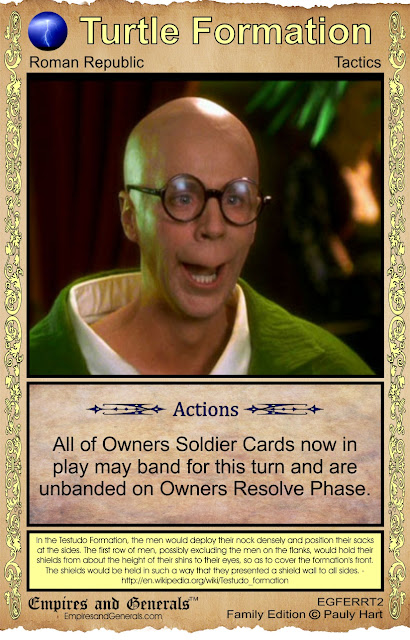 i haven't seen the second "alternate universe" star trek yet, but i liked this picture more than the others from the original series or tng. eric bana gave this a great performance even though i never fully understood the layout of their ship with all of the platforms and jumping about... aren't miners supposed to be fat? 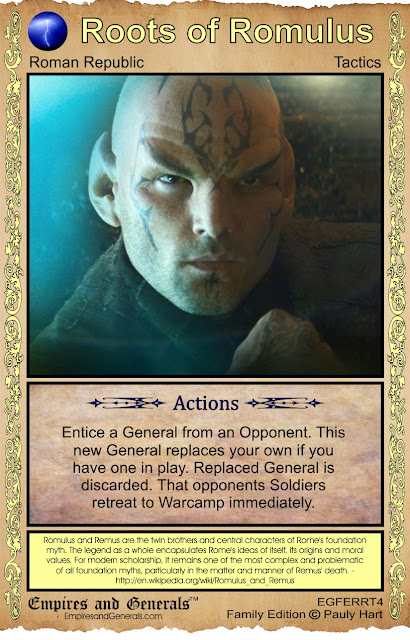 lol the battleship game is actually a pun as well as a joke card. any lover of board-games is going to realize that battleship is one of the worst strategy games ever devised and is pure luck and math.

how do i know this?

my dad and i used to play this on graph paper for hours. my "guesses" never beat his pure math. once you establish the prime tactic of the every-third-checkerboard, then you will win on a statistical level more often than lose to the guesser. 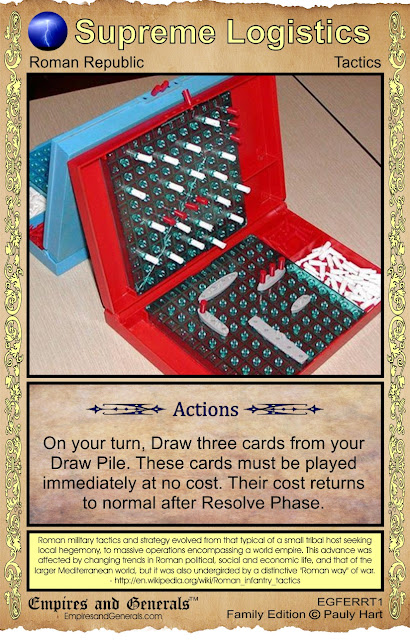