Below is the first Equipment card in the game. The Effect takes place when you play it on a Unit. It's not your typical Equipment but it is pretty powerful. Imagine if you were the guy sneaking in to the enemies camp to slip them the odd meat you scraped off of the floor at the butchers block. 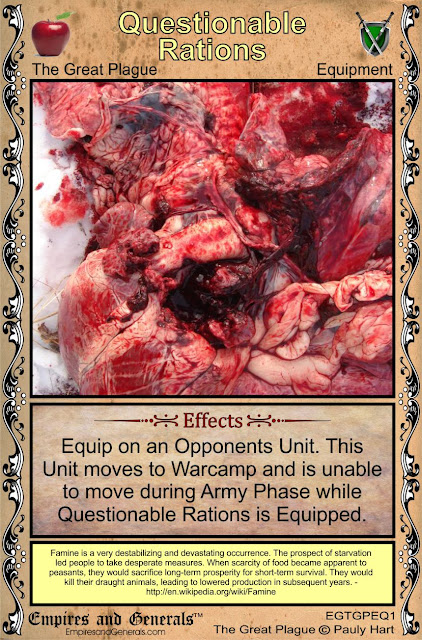 Below are items that I have added to the glossary:


Equip - Adding any card onto another card for the purposes of  changing the way that they are played. This can only be done at the War Camp during Army Phase unless specified.

Equipment - The cards that depict items that are in use by Units.
Posted by Pauly Hart