Throw the dying into the fray! Egads! They're infecting everyone! 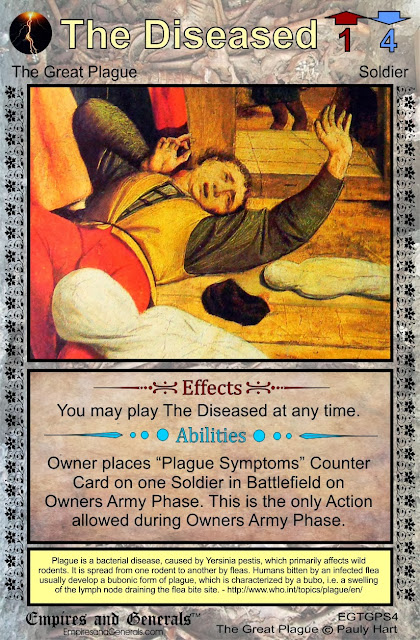 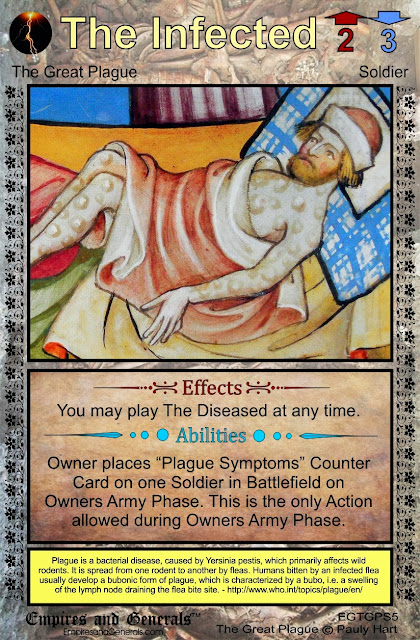 The Counter Card "Plague Symptoms" that goes along with the new and gross Soldier Cards. 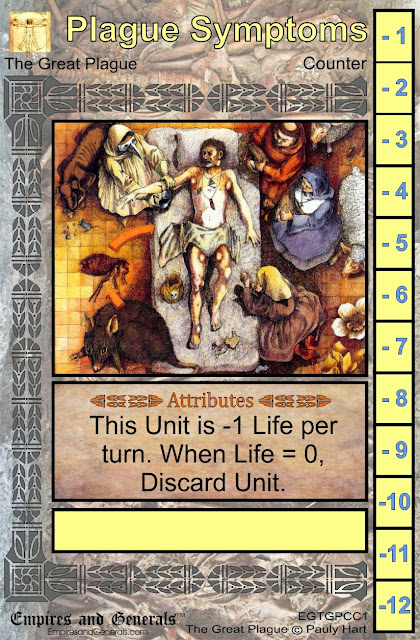 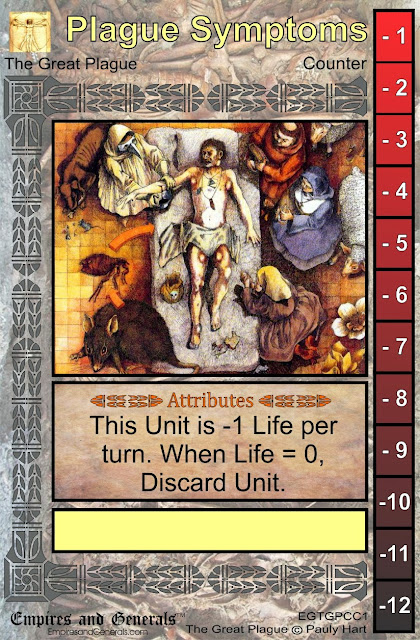 And also, last but not least... A Kingdom Card that offers some protection against Discard and Remove from Game Shuffling. 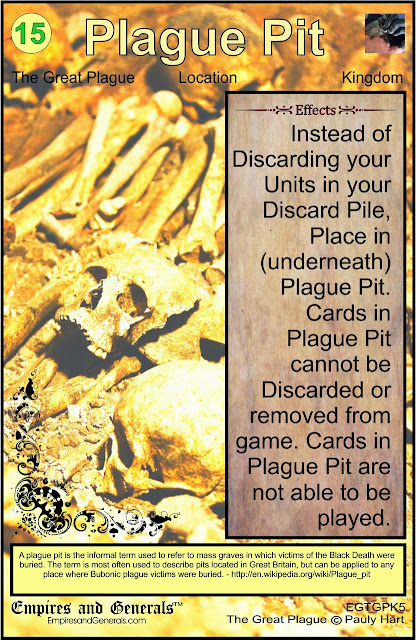 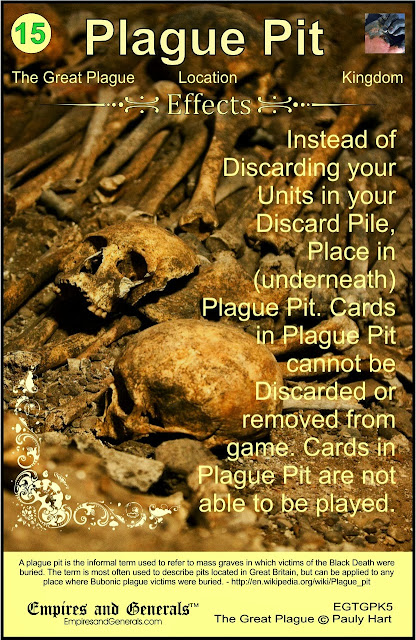