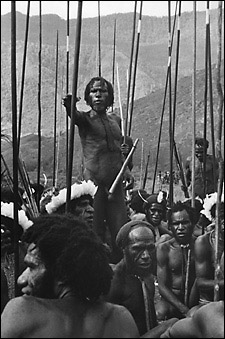 Leadership is that unknown force, that weird charisma that makes several people want to follow one person. In Empires and Generals, your Soldiers follow your General into battle. But often, a General is not present. When there is no battle leader, you may have another professional in the Warcamp lead the charge into the Battlefield. A Philosopher might bring the men into a battle fury with tales from long ago. A Doctor might rouse the men to find a cure for a disease, it takes just one man... whether he has a sword or not.

Empires and Generals recognizes that in history there are men of such caliber that will bring men to fight for them and it calls it: "Leadership". We used to call it "Does not need a General to attack", and this is still valid. Leadership has been added to the glossary for you. Thanks! Have fun and GAME ON!

Leadership - This Unit is specifically marked with an icon in the upper right of the card. Typically Leadership is a General, but it may be a Philosopher, Doctor or other.

Needs no Leadership - This unit is typically a Soldier and does not need a General or any other Leadership Card in play to attack.